This blog has the subheading, Lessons Learned at the Out and Equal Conference, in Los Angeles. At the conference, there were many outstanding presentations that highlighted the importance of corporate mentoring programs to employee retention, engagement and talent development. Several dealt with how Affinity Groups mature into Employee Resource Groups (ERG) which play a signficant role in career development.  When the process is well managed, these evolve into Business Resource Groups (BRG) with a focus on improving the company's revenues and profits, through community outreach by the BRG members. 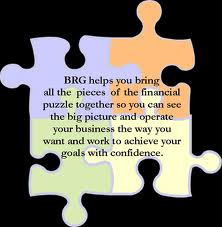 Raytheon’s Director of Employee Inclusion and Cultural Solutions, F. Chase Hawkins, presented a framework for thinking about the evolution of all Business Resource Groups. (These groups can be built around race, gender, LGBTAQ, disabilities, military experience, faith or other cultural issues.) Many of the companies in attendance had over a dozen ERGs/BRGs.

The Raytheon framework focused on the evolution of affinity groups towards becoming business contributors. Most groups go through four phases.

Traveling the path whereby Affinity Groups evolve into BRGs should be the aspiration of every well managed employee group, and the goal of every corporation's Talent Management professional or Mentor Program Administator.

At each level, all the benefits for the prior stages are encompassed, but the employee group becomes more valuable to the company as its goals and members evolve.  Large organizations actively use these groups to test and groom their high potential employees and those considered for the HiPo track. Thus, mentoring and tracking the advancement and retention of active members of these employee groups is a high priority in all well-run large organizations.

The key to success of BRGs, is group activities that back to visibility among potential clients and talent acquisition. And the leaders of the BRG will have explicit goals and regular reporting to their Executive Sponsor and/or Human Resources.

With respect to mentoring, Affinity Groups tend to think of mentoring within the same context as peer-to-peer mentoring. By the time the group has become an ERG, the mentoring programs reflect the more outward orientation – and the mentoring programs tend to be corporate, cross-pollenization programs with an explicit-goal of broadening the perspective of the Mentor and Mentee.  Some Business Resource Groups use pod or group mentoring to leverage the time of the most senior members of the BRG.

Is your ERG measurably effective?

The evolution of Business Resource Groups (ERGs or BRGs) and how to measure their effectiveness.

The evolution of Business Resource Groups (ERGs or BRGs).  Are yours effective? Can you help their members develop within your business?

Be the first to know about news, articles, learning resources and new feature updates of Wisdom Share to help you build or refine your mentoring program with the tools and knowledge of today’s industry.